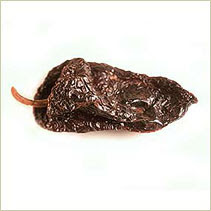 Yeah, it sucks, cooking well often takes time. But incorporating leftovers into my plan for the next meal can make my life 12 kinds of easier. Taste testers don't know the difference anyway. Suckers.

To that end, here's the salsa I've been perfecting, which after a few days became the solution to the age-old problem: I need Spanish rice now and I don't have that mix in the yellow bag.
I added this, plus some corn, to brown rice. Which actually means it was preservative free, veggie & fiber rich, and darn tasty to boot*.

1 jalapeno, sliced in half and seeded

Roast tomatoes, garlic, onion, and jalapeno at 450° till tomatoes are charred, skin mostly blackened (about 15-20 min). Remove from oven, cool, and then dump everything in a food processor. Blend till it reaches a consistency you like, adding 1-2 tsp salt and the cilantro towards the end. Should be the color of barbecue sauce, a dark red. Spiciness will improve overnight (refrigerate of course).

*does anyone know where that phrase originated? I mean, when did we decide that instead of "indeed" or "also" we would say "to BOOT!"?