After the busy holidays, January took off like a bullet. Whatever delicious cooking has happened, no documentation has occurred. Within January we have been to Georgia, Maryland, Connecticut, Massachusetts, and NYC. Now it's already February and all I want to do is stay home and cook and garden, despite knowing the summer will murder anything I attempt to grow.

Taste Tester is upset that the final flooring hasn't debuted here. It's true, we worked our butts off getting it done over New Year's Eve, and the adventure should have been here. Between buying one floor and deciding instead on another, there was also the discovery of 3 years' worth of rotting water beneath the floor. It was so foul we had to mop the cement with ammonia and then again with bleach, but it still reeked. 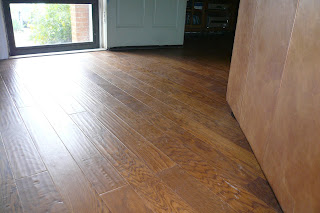 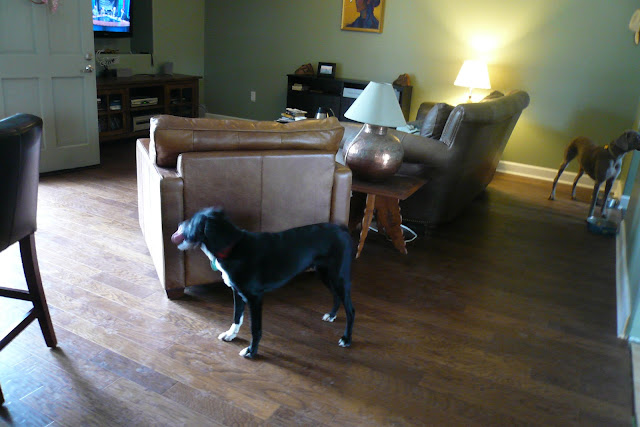 Here's the results, though: hand scraped, engineered flooring that resists dog claws and clicks in without glue or nails. Fact is, I could take it with me if we sell. The room is big, open, and welcoming. Next project: kitchen tile plus a possible island.
Email Post